Meteora: Greece's monasteries in the sky

Spectacularly perched atop rocky pinnacles in Thessaly, the Meteora monasteries are among the most striking sights in Greece. The name Meteora (Μετεωρα) is Greek for "suspended in the air," which perfectly describes these six remarkable Greek Orthodox monasteries. The clifftop monasteries of Meteora are a marvelous sight to gaze at, but why were these nearly inaccessible retreats built there in the first place? Read our brief history of these UNESCO World Heritage-listed sites for an an in-depth understanding of these truly stunning national treasures.

Few know that before their construction in the 14th century, hermit monks first climbed these soaring stones to settle in the caves and hollows of the rocks as early as the 9th century. As hermits, they lived a life of solitude and isolation but legend has it they would climb down on Sundays for mass, held at Doupiani. By the 12th century, Meteora was home to a thriving ascetic community. 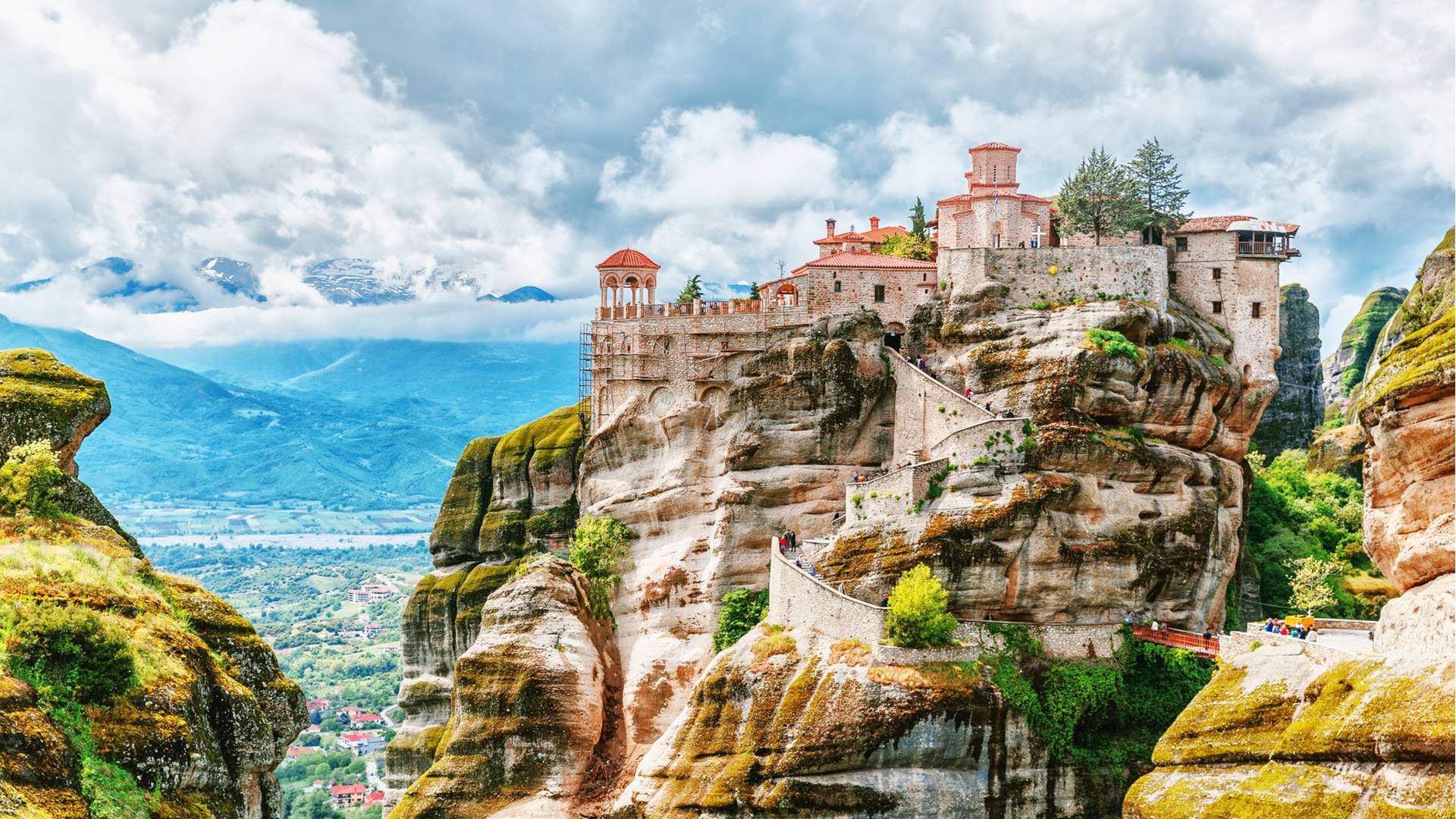 It was during 14th century that monasteries were built, when the monks sought somewhere to hide in the face of an increasing number of Turkish attacks on Greece. It was then that the first Great Meteoron Monastery was born.

Meteora means "suspended in the air," and was exaclty that gave its name to the entire district. Houses suspended at the edge of the cliff. As the Turkish attacks was escalated more monks sought refuge to the mountains. Over time 24 monasteries were built, with the steep pillars providing protection from the warriors below. A network of ropes, baskets and ladders were used to lift worshipers and supplies into the monasteries, and these were raised in times of danger to deny access to anyone who posed a threat.The method worked, and the Orthodox monks easily survived centuries of war and battles. Today, six of these monasteries remain, segregated between male monks and female nuns, and visitors are welcomed with typical Greek hospitality. History was made in 1921 when Romania’s sovereign Queen Marie visited Meteora, becoming the first woman ever to enter the Great Meteoron monastery. This event brought a whiff of change in the rock communities. The site was heavily bombed during World War II and many treasures were stolen. Today, six of the 24 monasteries are still active. Of these, four are inhabited by men, and two by women, while each monastery has less than 10 inhabitants. Now primarly touristic attractions, the monasteries offer a discreet glimpse into monastic life.

Vegetation in the surrounding region is typified by pine and beech forests. Riverine zones provide refuge for gray wolves and otters, among other mammals, and the high cliffs are well-known habitats for the endangered Egyptian vulture and honey buzzard, as well as several species of eagle and falcon. In 1988 the monasteries and their evocative landscape were added to the UNESCO World Heritage List.